The sculptor is renowned for her finely wrought creations in bronze and clay which transformed India’s artistic traditions. But what else do we know about the woman behind the metal?

She was a writer

Meera Mukherjee (1923–1998) kept a diary throughout her life, in which she recorded her thoughts, anxieties, fears, and experiences. Her autobiographical writings are the truest record of the artist we have today. Full of striking revelations from her childhood, they document how she made dolls with her grandmother and helped her mother with the traditional Bengali alpana.

Mukherjee also wrote essays on her art practice, which were hugely influential to the artistic community around her. She expressed herself with clarity in extremely simple and direct language, much like the style of her diaries. Another dimension of her creativity can be seen in the children’s books she wrote and illustrated. Her illustrations were inspired by child art, while the simple, vivid narratives she wrote shared the playfulness of her artistic practice. As in her sculptures, she was drawn to dreaming up images from everyday rural life. In the story titled Quilt, for example, the child protagonist Khoka sees cotton carders stuffing quilts with clouds. Bridging the gap between real and imaginary, the artist finds a tongue-in-cheek form of abstraction in the child’s world of wonder. 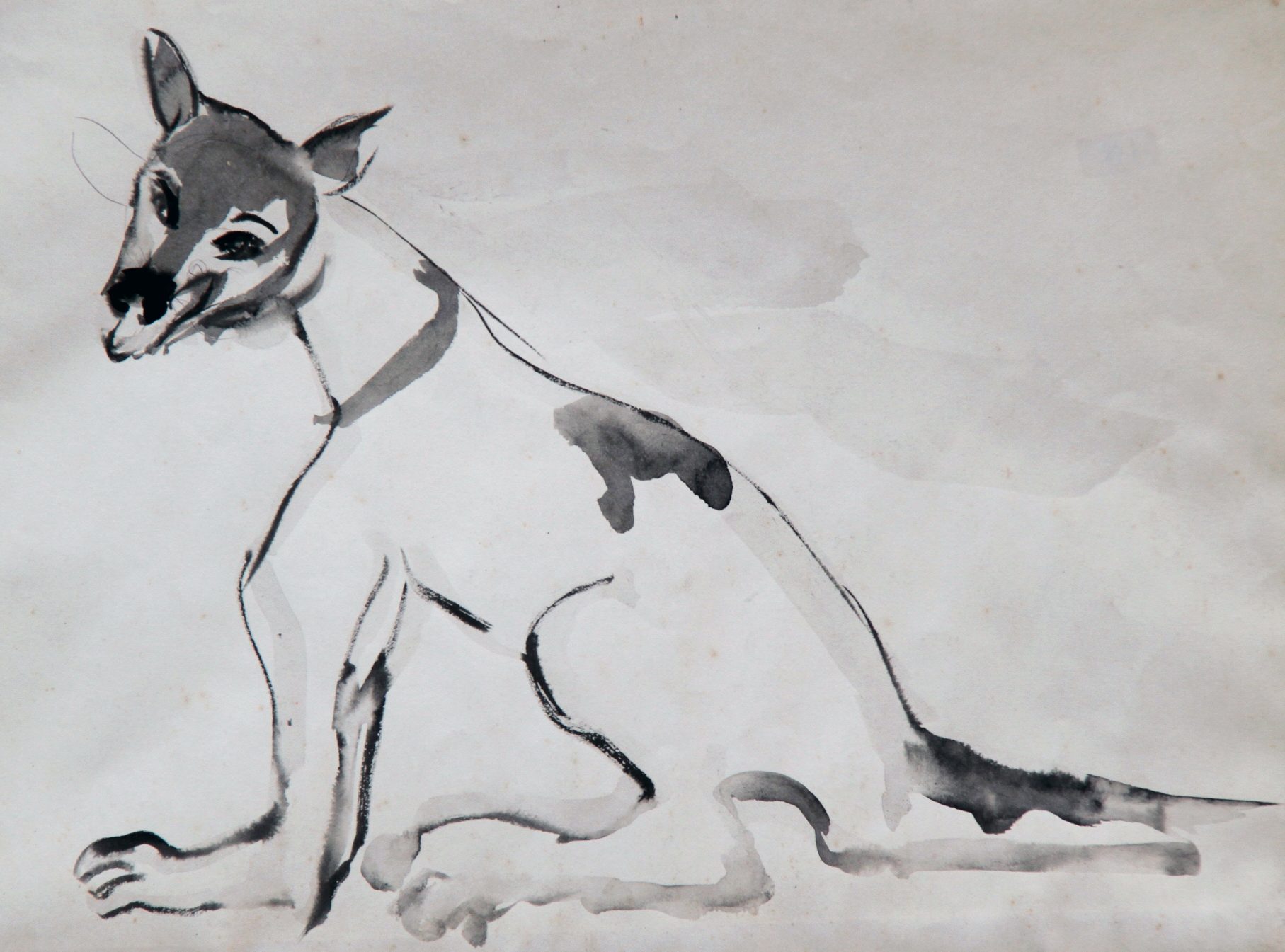 She was an activist

Mukherjee traveled a lot as a young woman, studying in Germany before touring a number of European cities – Paris, Rome, Munich, and London, where she met the modernist sculptor Henry Moore. Europe, however, did not give her purpose or direction: “though I was at the moment living, learning and growing in the West, I should still find [myself] rooted in the great Indian tradition”. Her passion for the diversity of Indian heritage art forms brought her back to her home country, and she was determined to take whatever efforts necessary to salvage these traditions and their practitioners from ruin.

One of Mukherjee’s projects was to preserve kantha embroidery. She brought together a group of young girls and taught them the custom of kantha, a pictorial stitching technique used for creating brightly-coloured quilts. She also worked closely with carpet weavers and other artisans in villages south of Calcutta, even getting young children involved with handicrafts at the newly founded Dhanket Bidyalaya. Her attempts to improve social conditions were tireless; she managed to secure education and employment for hundreds of craftspeople, with special attention to the dignity of labour performed by women. 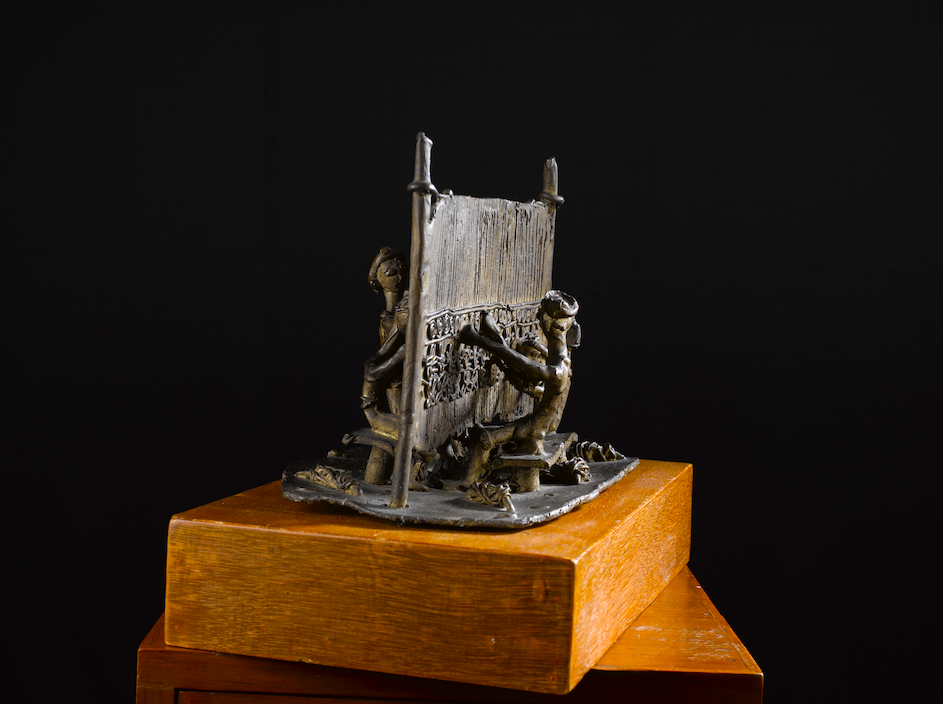 Meera Mukherjee. Carpet Weavers, circa the 1980s. Courtesy of Akar Prakar and the Piramal Art Foundation

The lyrical and rhythmic qualities of music had an enormous influence on Mukherjee’s visual practice. She loved the songs of Rabindranath Tagore and took music lessons throughout her life. While she was a student in Germany, Mukherjee was also eager to learn as much as possible about German classical music.

Mukherjee was known to burst into song while working on her sculptures and had a deep, warm voice. Her works share this rhythmic quality, with music being the artist’s most powerful creative impetus. Sculptures such as Sitar Player, Veena Player, and The Ecstatic Baul Dancers draw not only their energy but also their theme from music and dance. The artist’s works are especially impressive for the movement and the animation she manages to give the bronze.

Meera Mukherjee, a pioneer among modern Indian sculptors, was born in 1923 to a Brahman family in Calcutta, West Bengal. A recently published book by Akar Prakar, Meera Mukherjee: Purity Of Vision, offers a rare insight into the fascinating life and works of the artist.