Acclaimed Indian photographer Raghu Rai turns 80 this year. To celebrate his illustrious career, we share some of his wisdom on topics ranging from photography and music to intuition and sacrifice

One of the most iconic photographers of our time, Raghu Rai, was born in 1942 in Jhang, Punjab in undivided India. A trained civil engineer, he took to photography at the young age of 23, travelling and documenting different facets of India, from the anonymous and ordinary to instantly recognisable figures like Indira Gandhi and Mother Teresa. “For me, my country is my whole world. Even if I close my eyes, I can feel it,” says Rai, the first Indian photographer to make it into the ranks of the prestigious Magnum Photos.

Beginning his career as a photojournalist and picture editor, Raghu Rai has had an illustrious career spanning decades and inspiring many around the world. In his black and white photographs, we see human emotions captured in all their complexity, alive with an almost spiritual aura. Today, as he enters his 80th year, the master photographer looks back at his journey and shares valuable lessons learnt over a life full of rich experiences.

I was trained to be a civil engineer

After I graduated from school, my father insisted that I train to become a civil engineer. I found it terribly boring and after working for a year or two, I left my job and came back home where my parents and siblings lived. It was not a great feeling, but I moved in with my elder brother, Paul, who was a photographer. That is where the photography bug bit me.

I chanced upon photography

My brother and his friends were mad about photography… all about cameras, lenses and equipment. He was the one who taught me about exposure, focus and perspective. I accompanied him on a trip to his village and he gave me a camera loaded with film. I exposed it in three days; I had no problem taking good pictures or bad pictures then. One of the pictures I took on this trip was of a baby donkey. It looked so sweet from a distance, that I had to take a picture. My brother saw the image, processed it, and sent it to The Times in London, who published it. A half page with my name on it! So, I thought, why not take up photography after all. 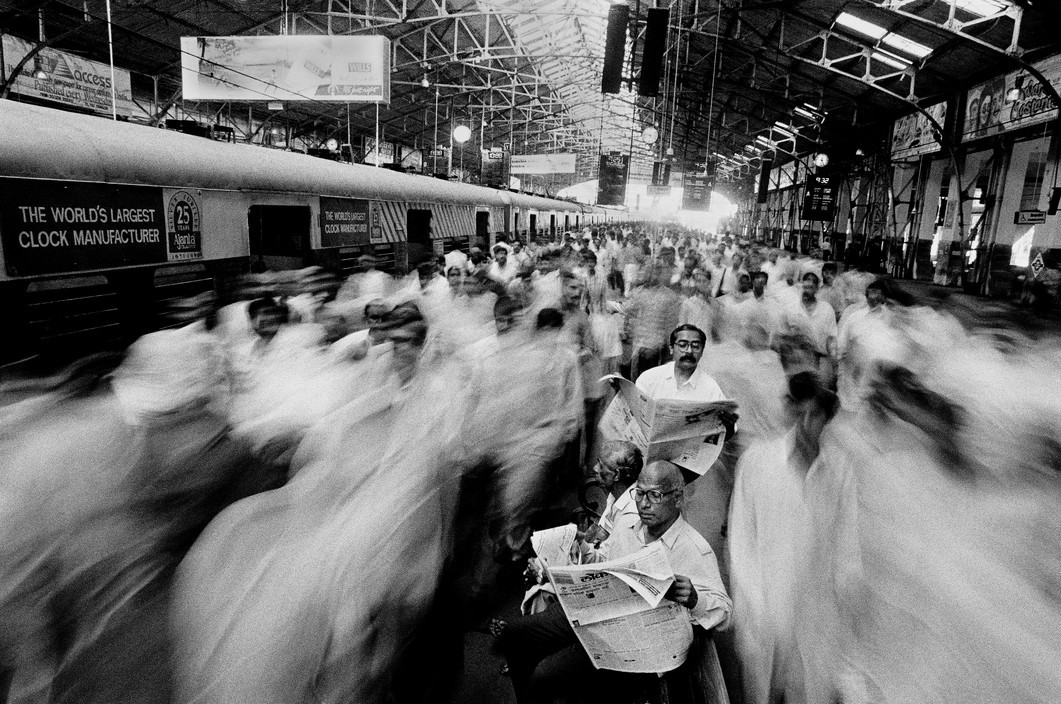 My art took me to unexpected places

Early on, I used to walk around with film every day and process one at the end of each day. Eventually, I found a job at The Statesman in New Delhi and became a photographer for them. I worked in photojournalism for ten long years. My first major exhibition was of photographs I had taken of refugees during the Bangladesh Liberation War and was shown in Paris in 1972. Henri Cartier-Bresson, one of the greats of photography, came to visit my exhibition and we eventually became good friends. When I got back home, I got a letter from Magnum saying that Bresson, a founding member, had nominated me to join the group. I was only five years into the field! I was so scared that I did not reply.

I wanted to stay in India

As a young photographer, I was always looking at work by important photographers, understanding and analyzing what was happening in their pictures. I was always thinking of ways to create something of equal importance in my own photographs. But I was not greedy. I stuck around in India, and my work here grew in power and intensity. The variety of subjects available in India were endless;  ancient culture, heritage, modernity, chaos, and pleasant simplicities layered together in fascinating ways.

There is music in my photographs

Music is a very important part of my life. Everyday, I wake up to classical music.  I have so much music inside me that when I take pictures, no matter what the subject, the music comes through. Scenes appear like performances before me. I wanted to become a musician when I was young, and so when I became a photojournalist, I started going to concerts by the Indian greats: Pandit Ravi Shankar, Ustad Bismillah Khan, Hari Prasad Chaurasia, the list goes on. I took pictures of the maestros on stage, in practice and in moments of rest, trying to capture some of their music in my images. 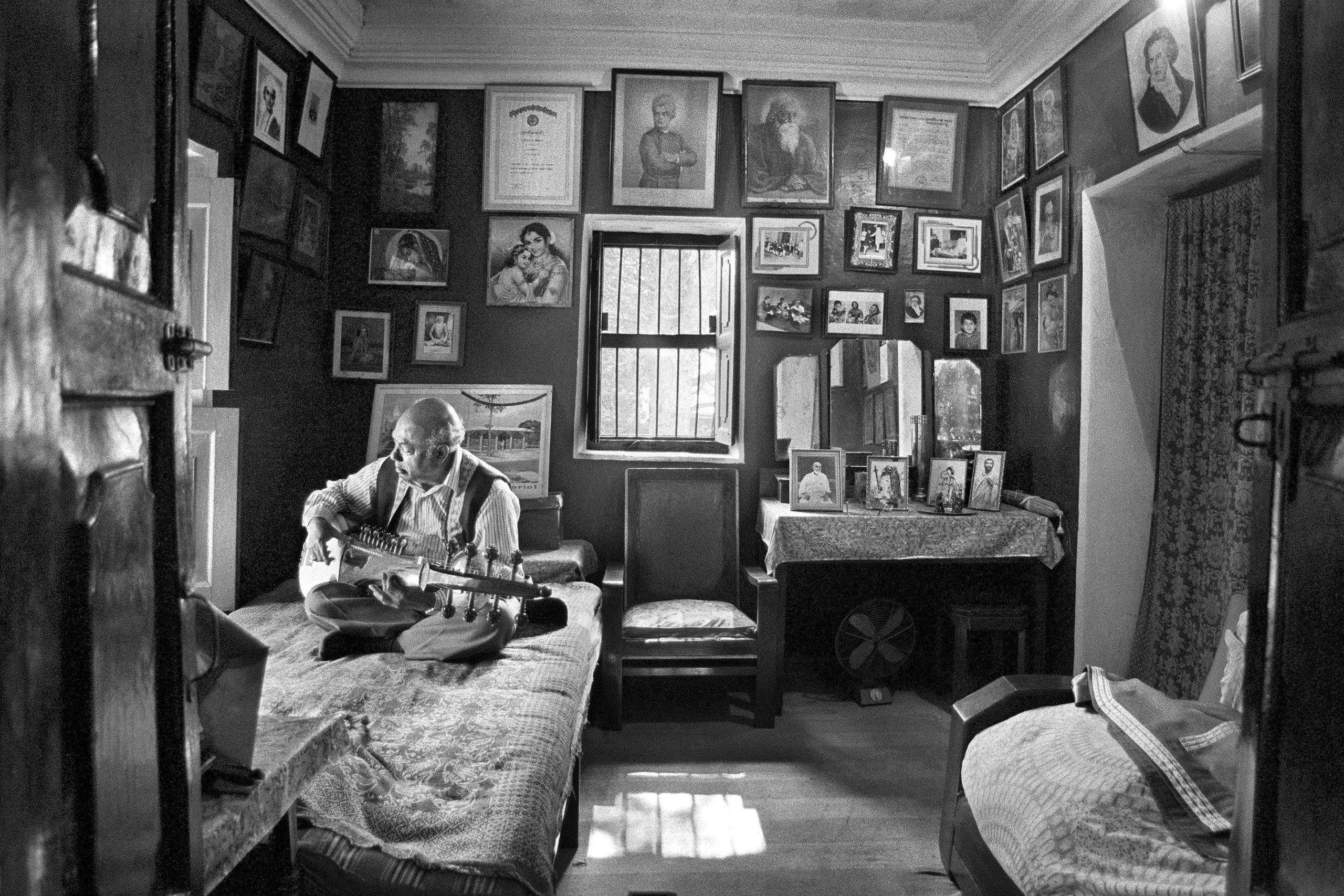 Raghu Rai. Ustad Ali Akbar Khan at his home, 1986. Courtesy of the artist

I gave myself to life

Mukhtalif tareeko se zindagi pe kurbaan, meaning ‘To lose oneself to life, in various ways’. What matters is the dedication and faith to continually learn and deliver. I did not think I, Raghu Rai, was an important and good photographer when Magnum asked me to join them. Even today, when I look at my photographs while editing them, I look at them with fresh eyes, through the eyes of an amateur.

I kept pushing myself harder

I got the letter from Magnum in September 1972. I was scared of the big names involved then — Bresson, Bruno Barbey, Mark Riboud. At the exhibition, I had received great reviews from Le Monde. Le Figaro and other newspapers. I thought they were such lies, but they pushed me to work harder. Five years later, I found the letter again while preparing to leave my job as a photojournalist. I decided to write back to Gimmy Fox, the Editor-in-Chief of Magnum Photos at the time. They confirmed that the offer still stood and that was how my association with Magnum began.

You see, there are two people working in each of us. One is our feeling self, and the other is our thinking self or the brain. When I do my personal work, it has to come from the heart, but the problem is because we are computerized, programmed machines, we end up using our brain when we are creating most of the time. All photographs therefore begin to look the same – pretty, predictable and anti-art. For it to become art, it has to access a kind of power, freshness and soulfulness. We need to kurbaan or sacrifice the brain, rid the rubbish, and access the unknown. We have to follow our intuition to see the world.

You have to be mad!

I am a religious person. I can ask Christ to help me, or Allah will also take care. I live with that kind of feeling. You know why? Because my religion is photography. And I am photography; it is an act of purity and godliness for me. Nothing else matters. When you go for namaaz or to the temple, you close your eyes, do it with your heart and connect with a greater power. I make photographs with the same religious feeling, so that my heart sends divine energy to nature, and nature begins to dance for me. 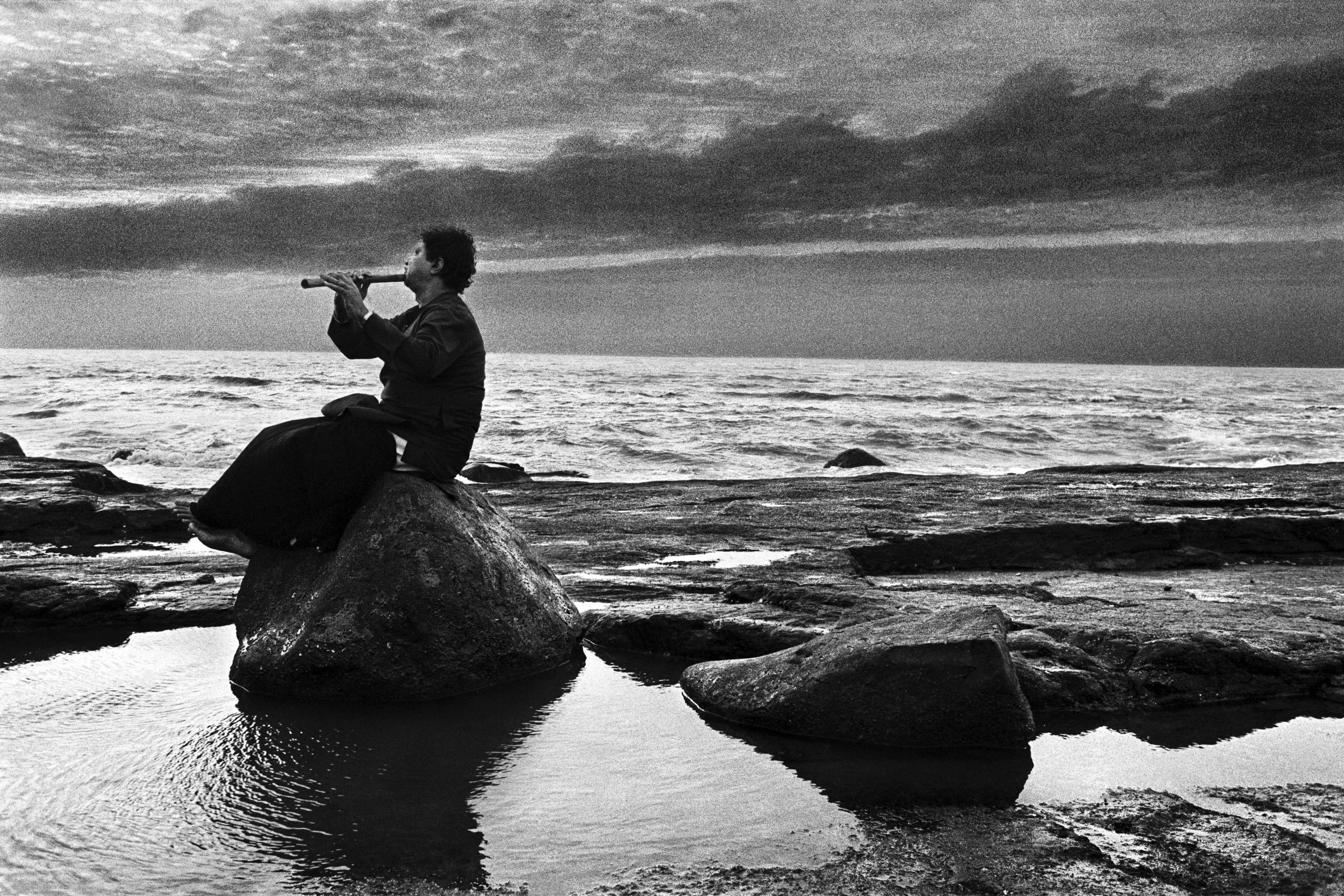 Don’t get into competitions with others. Don’t fight for good pictures. Flow like a river, flow like a loving person and the divine will come. I remember going up to Sarod virtuoso Ustad Ali Akbar Khan once after an evening of mesmerizing music and saying, “It was unbelievable how you played”. He said “No, I did not, God came, and he did it”.

The great Indian artist, S.H. Raza used to say, “I take a big canvas, I take red colour and put it on the canvas. And I wait, because God has not arrived.” Now what is this God? All that is beyond the conscious and known and where great art and magic happens. Keep your heart in your hand and travel the world. See it with your heartful eyes. That is the only way to surpass your limitations.

Raghu Rai currently lives and works in New Delhi, India. He is one of India’s most iconic photographers and is the recipient of the highest civilian Indian honour of the Padmashree in 1972 for his work on the Bangladesh War, and became the first laureate to win the Academie des Beaux Arts Photography Award in 2019.