As the world mourns her passing, we take a look at moments that define Zarina Hashmi’s extraordinary legacy — an artist we admire and shall sorely miss

Zarina was born in Aligarh, in Uttar Pradesh, India in 1937. At the age of ten, she and her family were displaced, among the millions of other people, during the violent Partition of 1947. The British Raj dismantled, giving birth to two independent nations – India and Pakistan – separated by hastily drawn borders. This childhood experience had a lasting impact on young Zarina and was the beginning of her lifelong fixation with ideas of home, migration and belonging.

While her family relocated to Karachi, Pakistan in the 1950s, Zarina continued her journey in India, transitioning from being a student of mathematics to finding her feet as an artist. Influenced by early encounters with papermakers in Rajasthan, Zarina chose prints as her medium of expression. In Paris, she trained under the legendary printmaker Stanley William Hayter at his Atelier 17 and went on to study traditional Japanese woodblock printing at The Yoshida Studio in Tokyo on a scholarship. It was during this period that Zarina developed a distinctly minimalist sensibility for which she became renowned. 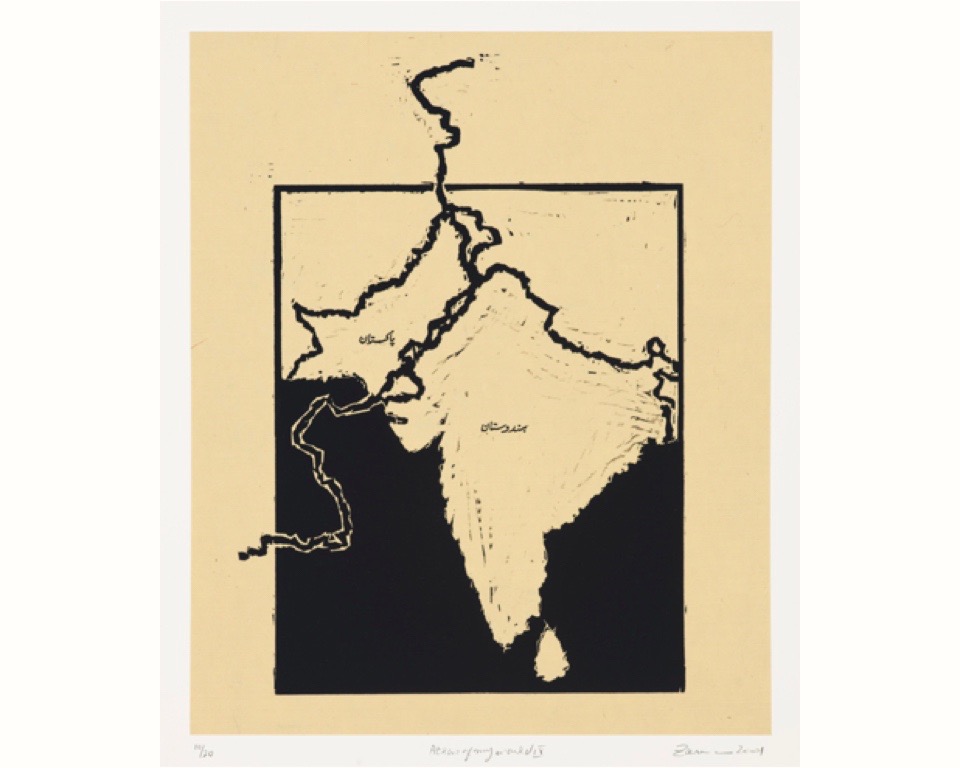 Zarina Hashmi. Atlas of My World, 2001. Woodcut print. Courtesy of the artist

She was a prominent figure in the feminist art movement

Owing to her husband Saad’s position in the Indian Foreign Services, the couple lived and travelled around the world, finally settling in New York in 1976. Alongside experimenting with prints and sculptures in her Manhattan studio, Zarina was deeply involved in the city’s burgeoning feminist art movement. To support her practice, she undertook teaching duties at the New York Feminist Art Institute where she was a member. In 1979, Zarina became the only South Asian guest editor of a special issue of Heresies, Third World Women: The Politics of Being Other, a feminist and political journal.

Reflecting on her early days in the United States, she said: “Upon my arrival, I became part of the community of women artists. My world changed radically – as it had also in Paris. This was the beginning of a new awareness. Until then, I had no contact with the ‘other’ America: the Hispanics, the Afro-Americans, the native Americans and other discriminated minorities.” However, despite residing in New York for 40 years, she always thought of herself as an exile. 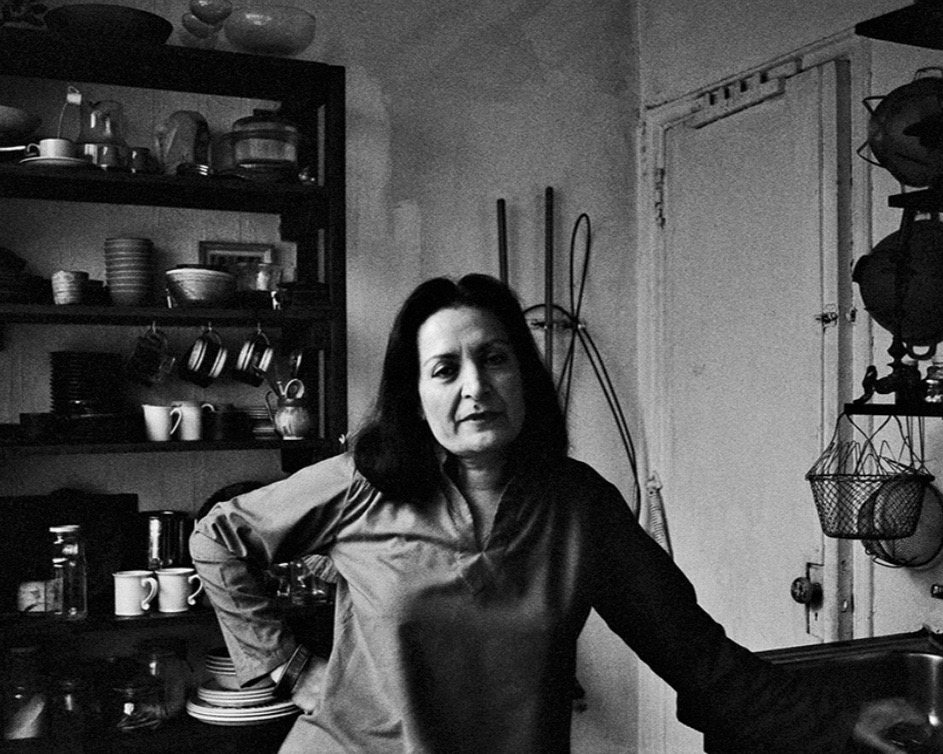 She represented India at the Venice Biennale

In 2011, Zarina was one of only four artists to represent India at the prestigious Venice Biennale, with her installation Home is a Foreign Place (1999) taking centre stage at the National Pavilion. With outlines of home, maps and borders as recurrent motifs, the project echoed the trauma of Partition and the subsequent nomadic life that many were forced into. Other works on display, Noor (2008) and Blinding Light (2010), similarly interwove personal and political histories.

Since then, Zarina has been featured in major exhibitions with galleries such as Chawkandi Art in Karachi, Gallery Espace in New Delhi, Luhring Augustine in New York and Jeanne Bucher Jaeger in Paris. Held in several important private and public collections, from the Tate in London to the Kiran Nadar Museum of Art in New Delhi, her strikingly beautiful, contemplative and poetic body of work will continue to engage and inspire artists and art lovers for years to come. 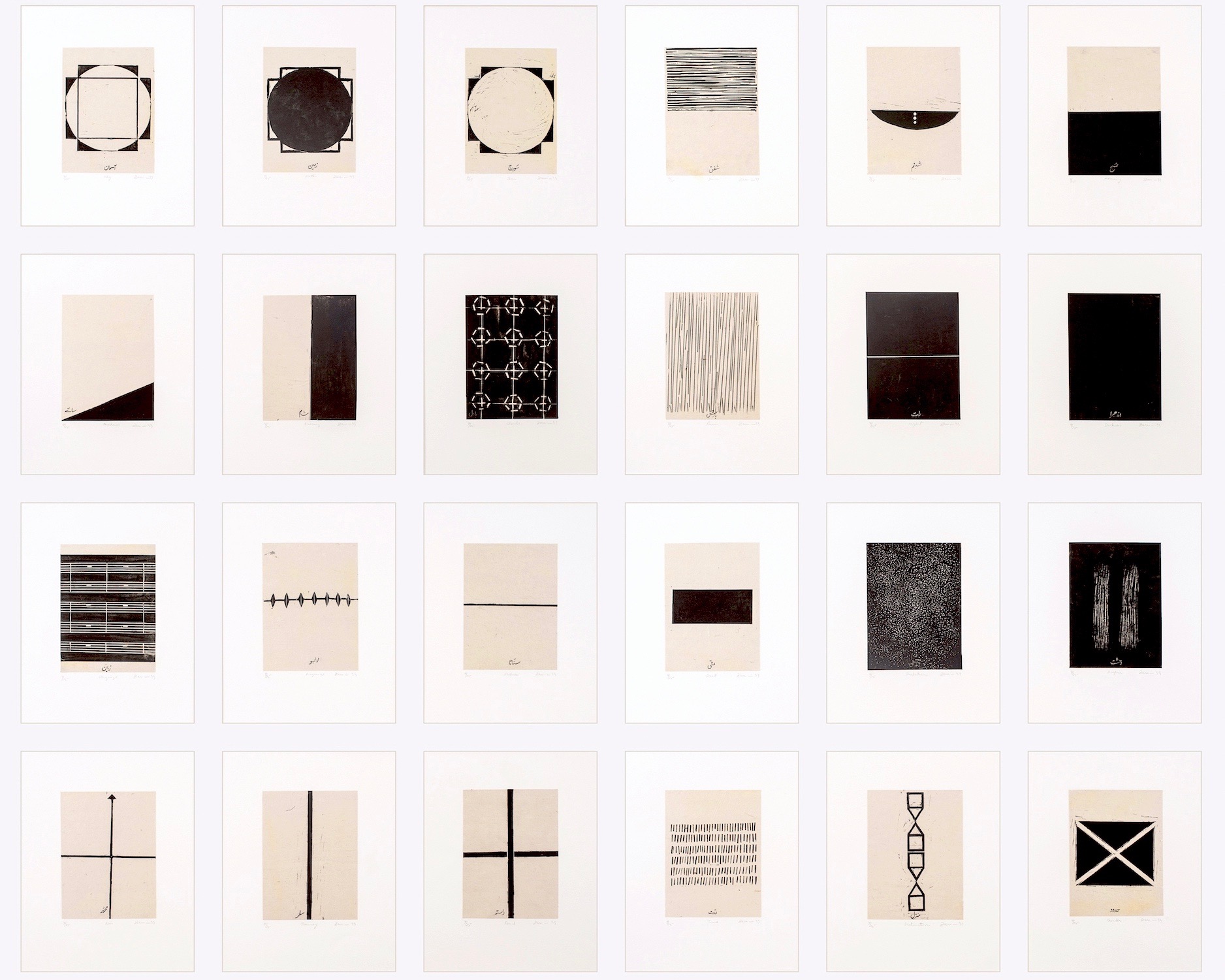 Zarina Hashmi. Home is a Foreign Place, 1999. 24 woodcut prints on Kozo paper. Courtesy of the artist

Zarina Hashmi passed away in London on 25 April 2020. She is celebrated as one of the pioneering female abstractionists of her time. The artist is represented by Gallery Espace in New Delhi and has regularly showcased at India Art Fair.