We explore the life of the prolific Russian artist whose magnificent, light-filled Himalayan landscapes have captured the hearts of people around the world

Born in Russia, artist Nicholas Roerich came to call the Himalayas his home, drawing inspiration from the expansive mountain range to create works that capture breath-taking scale in vibrant colour. Today, his legacy lives on through a dedicated museum in New York City and in collections across Russia and India – as well as a planet, named after him in 1969. Here, we share 3 things to know about artist whose life was rich in adventure:

He was more than just a painter

Born in St. Petersburg in 1874, Nicholas Roerich was a well-known member of Russia’s thriving artistic scene. Though he is celebrated as a painter, he was a man of many talents, switching between the roles of artist, writer, scholar, archaeologist and humanitarian.

Before discovering fame as an artist, Roerich worked as a theatre set designer, creating costumes and backdrops for the famous Ballets Russes, which was founded by his friend and mentor Sergei Diaghilev. Accompanying the dance troupe, he toured Europe extensively, rubbing shoulders with celebrated artists including Pablo Picasso, Henri Matisse, Marc Chagall and Wassily Kandinsky, who were also designing for Diaghilev at the time.

As Roerich’s work became known, the boundaries between his set design and easel painting evaporated and, by the early 1900s, he was holding exhibitions of large, glowing landscapes executed in his own, inimitable style. 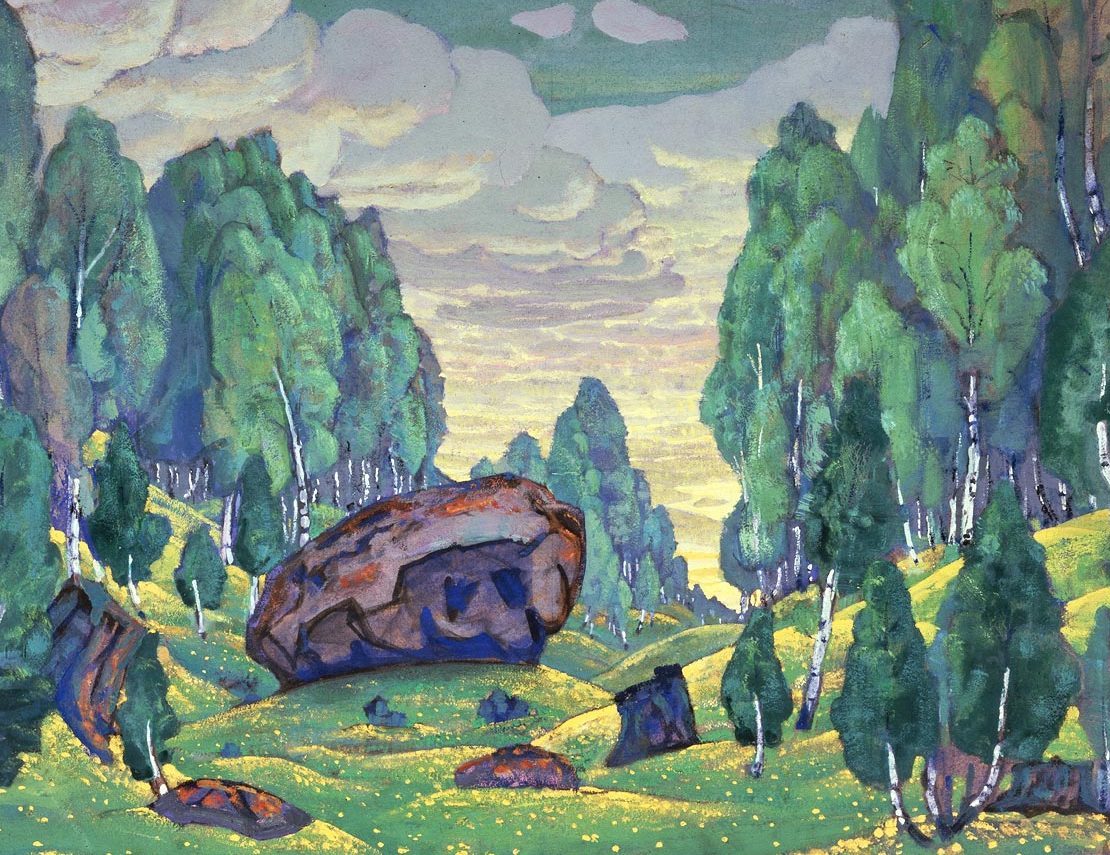 His wife was co-creator of many his works

Roerich met the young Helena Shaposhnikova in 1899 and, from then on, they were to walk hand in hand all their life, creatively and spiritually fulfilling each other. She was his wife, friend, partner and inspiration. Helena and Roerich traveled the world together; they explored Russia soon after marriage, and she accompanied him to Finland, where he was sent by his doctor to recuperate from pneumonia during the First World War. In later years, she remained a pillar of support on tours to Europe, the United States, and the United Kingdom, where he exhibited his paintings.

Helena was instrumental in awakening a deep and sincere interest for Eastern religions and philosophy in Roerich. A keen enthusiast, she wrote multiple books on the subject including Living Ethics (1929), Foundations of Buddhism (1930) and On Eastern Crossroads (1930), with her vision of man and the cosmos united in a single spiritual system finding place in many of Roerich’s canvases. In his diary entries, Roerich referred to Helena as “She Who Leads”, and many of his paintings reflect their common creative work. 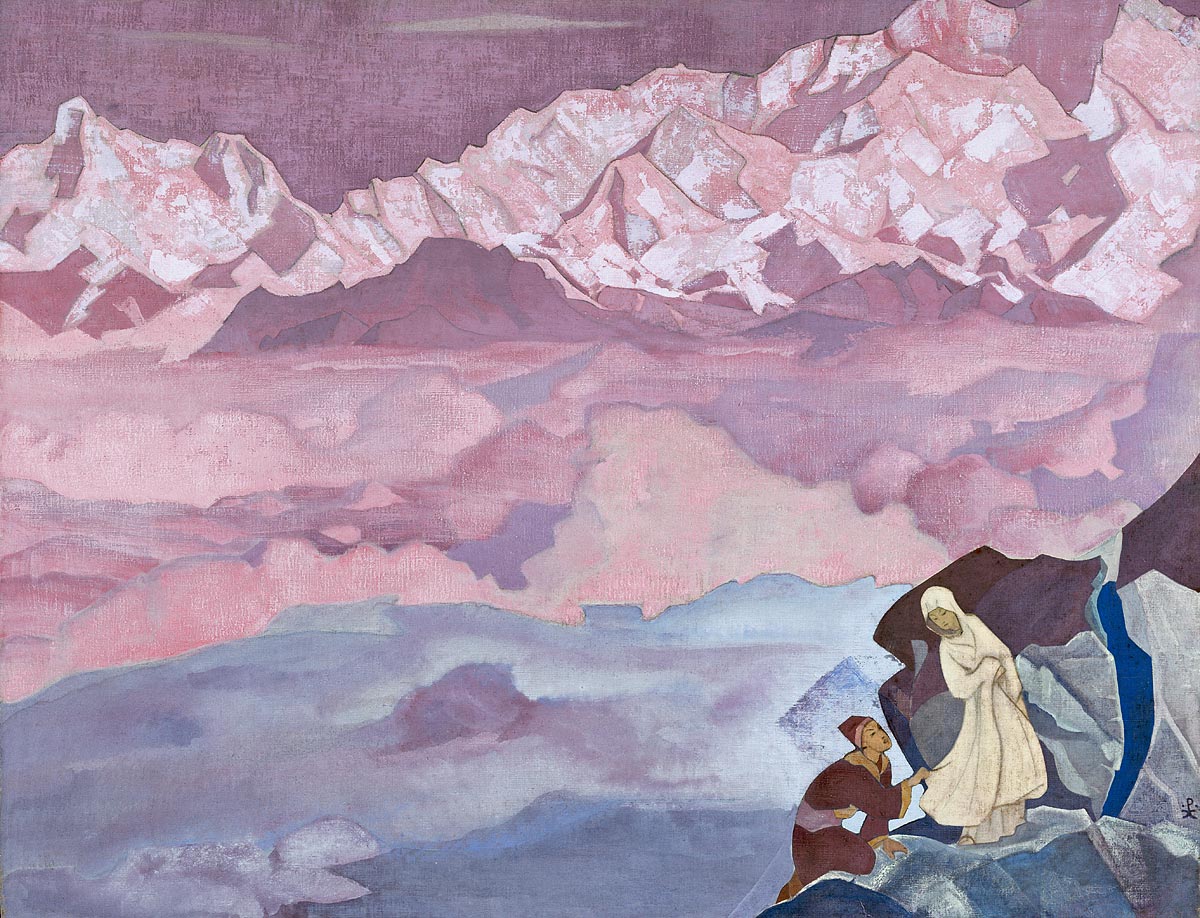 He loved the Himalayas

In 1923, accompanied by his wife and two sons, Nicholas Roerich set out on his first Trans-Himalayan expedition, drawn by a magnetic appeal that he had felt since his early years. Together, they embarked on a journey of exploration that would take them into Tibet, Mongolia, Chinese Turkestan, and Altai, eventually settling in the quaint hill town of Naggar in northern India. Over 500 brilliant paintings resulted from the trek, most notably of the great Kanchenjunga, reflecting Roerich’s growing appetite for mountains and the beauty of nature.

During the expedition, Roerich was also drawn to Himalayan religions, archaeological sites, cultures and languages, which led to the establishment of the Urusvati Himalayan Research Institute in 1928. The pursuit of knowledge and beauty became sacred to Roerich and, in years to follow, the Institute’s library and collection of ancient relics and folklore, local flora and fauna grew. The period was also the most artistically productive of Roerich’s life, and he wrote and painted abundantly – the Himalaya’s splendid mountains proving a constant source of inspiration. 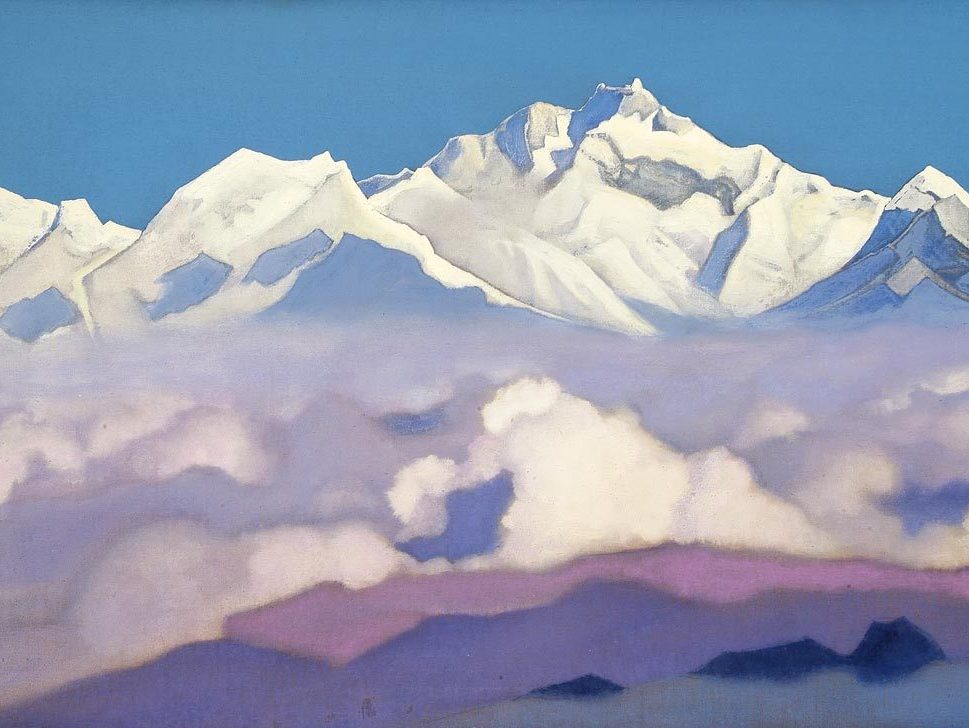