Kolkata is one of the most culturally vibrant hubs of India. Take a journey through the lanes of ‘The City of Joy’ packed with history, art and literature

Kolkata is a city of meandering lanes, each alive with stories of the city’s rich history and culture. Once the capital of British India and home to many of India’s cultural icons including poet and painter Rabindranath Tagore and filmmaker Satyajit Ray, the city continues to inspire and attract artists with its huge museums, libraries and renowned art schools like the Government College of Art and Craft and the famous Visva-Bharati University set up by Tagore in Shantiniketan not far from the city. Here, we take a tour through the city’s lanes, from its architectural marvels to tucked-away galleries and bookshops, all of which give it the name: ‘City of Joy’.

The Old Charm of Kolkata 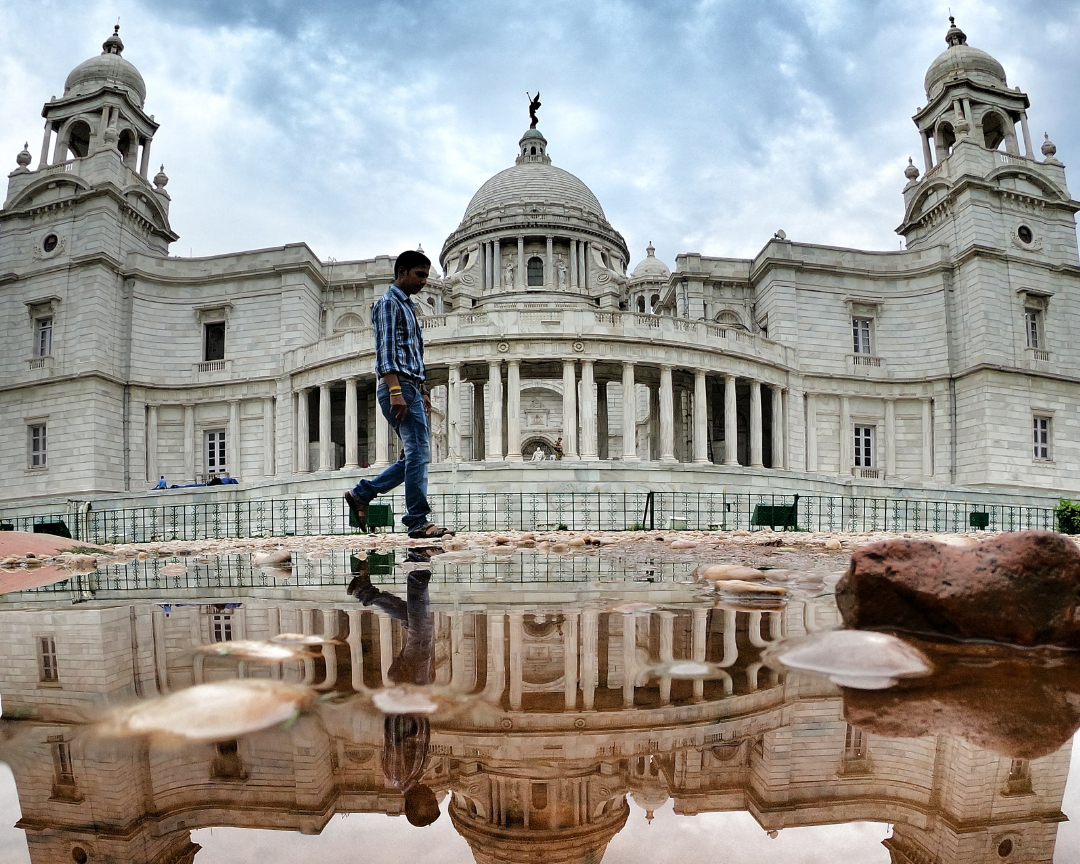 Ananya Das. The Victoria Memorial on a monsoon morning. Courtesy of Calcutta Instagrammers

Kolkata greets you with an old-world charm, with European neoclassical buildings standing amongst traditional Bengali courtyard-style houses and the Art Deco-inspired structures created after Independence.

Let us begin with one of Kolkata’s most iconic sights, the grand Victoria Memorial, designed by British architect William Emerson featuring architectural elements from Mughal, Islamic, and Venetian architecture. Standing among sprawling grounds, the building houses 25 galleries showing the finest Indian masters and Bengal’s famous Kalighat paintings to works from the Company School, including the largest collection of works by British painters Thomas and William Daniell. The exquisite charbagh gardens around the monument also make for the perfect outdoor picnic spot.

Next to the Memorial lies the Maidan, a large public park which also houses the British East India Company’s ‘citadel’ in Bengal, Fort William, which today serves as the headquarters of the Eastern Command of the Indian Army. In the vicinity of Maidan, the Birla Planetarium, the largest planetarium in Asia is the perfect place to bring children (or anyone!) for a dramatic and awe-inspiring Virtual Reality experience of the planets and cosmos.

For more of Kolkata’s unique architecture, head over to the central business district, Dalhousie Square, originally designed to function as the British East India Company’s political and commercial centre, with the General Post Office, Writers’ Building, Central Telegraph Office and the striking St. Andrew’s Church, standing as they have been for decades.

A Pilgrimage to Thakurbari and the Hooghly River 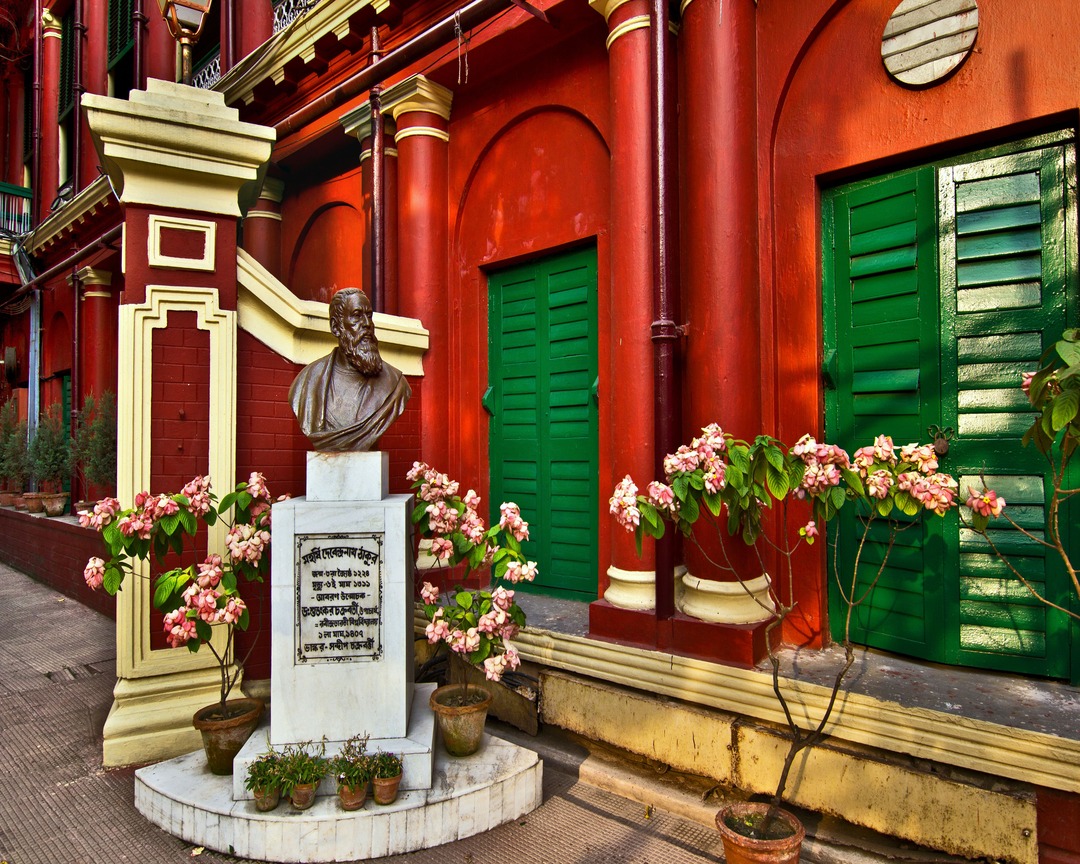 Samya Brata Mullick. Exterior view of Thakurbari, the home of Rabindranath Tagore which is now a museum. Courtesy of Calcutta Instagrammers

In the North of the city, Nobel Laureate Rabindranath Tagore’s ancestral home in the Jorasanko neighbourhood is a must visit for any culture buff. Thakurbari, which now functions as a museum, offers an insight into the Tagore family’s role in the Bengal Renaissance and the Brahmo Samaj, a reformist movement within Hinduism.

While up North, don’t miss a chance to take a walk through Kumortuli, an artisan neighbourhood where idols for the famed Durga Pujo are crafted from clay sourced directly from the adjoining Hooghly river. Also make a stop at Marble Palace, one of the most curious mansions from the 19th century in the city, made with over a 100 types of marble and designed by philanthropist and art-lover, Raja Rajendra Mullick, a descendant of one of Bengal’s wealthiest trading families.

A trip to Kolkata will be incomplete without a visit to the reigning deity – Goddess Kali – at the Kalighat Kali Temple. Almost 200 years old, Kalighat offers one an insider’s look into the exquisite temple architecture that has been rebuilt many times over decades. 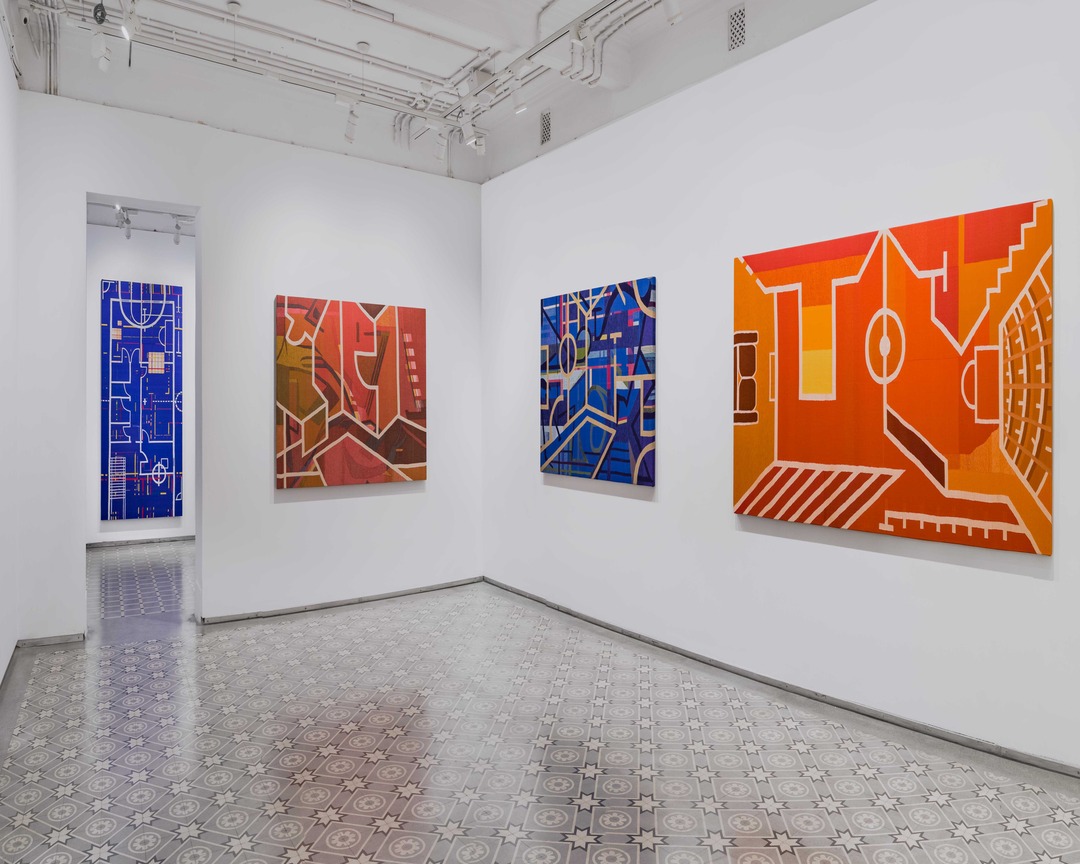 Since it was founded in 2009, Experimenter has hosted some of the most groundbreaking exhibitions of South Asian art and artists. Courtesy of Calcutta Instagrammers

An art tour of Kolkata has to begin with the oldest museum not only in India but in the entire Asia-Pacific region, the Indian Museum, established in 1814. From galleries dedicated to archaeology and natural history to ancient sculpture and textile, the Museum sets the stage perfectly for any art and culture exploration of the city.

There is no dearth of art galleries in Kolkata. From Experimenter’s programme of some of the most cutting-edge contemporary artists in South Asia to Akar Prakar’s commitment to the great Indian modernists, there is something for everyone in the city. A visit to the multi-storey Kolkata Centre for Creativity, with exhibitions from across disciplines, an extensive art library, as well as shows by the pioneering contemporary gallery Emami Art can make for a perfect afternoon out. The list goes on with Aakriti Art Gallery, with a growing roster of affordable art, Kaee Contemporary, with a focus on ecology and art in the city, and Gallery Art Exposure, with a deeply research-led methodology. For lovers of the artist Jogen Chowdhury, a visit to Charubasona, a gallery founded by the artist himself cannot be missed.

Not just inside gallery spaces, there is art out in the open in Kolkata too! While driving through the city, don’t miss St+art India’s mural projects, part of their ‘Donate a Wall’ initiative. Our favourite is the one outside Howrah Railway Station, an ode to the thousands of migrants that pass through this busy railway line, created by artist Blaise Joseph. This is also the perfect chance to take a drive through the iconic Howrah Bridge that connects Kolkata with the historic city of Howrah across the Hooghly river. 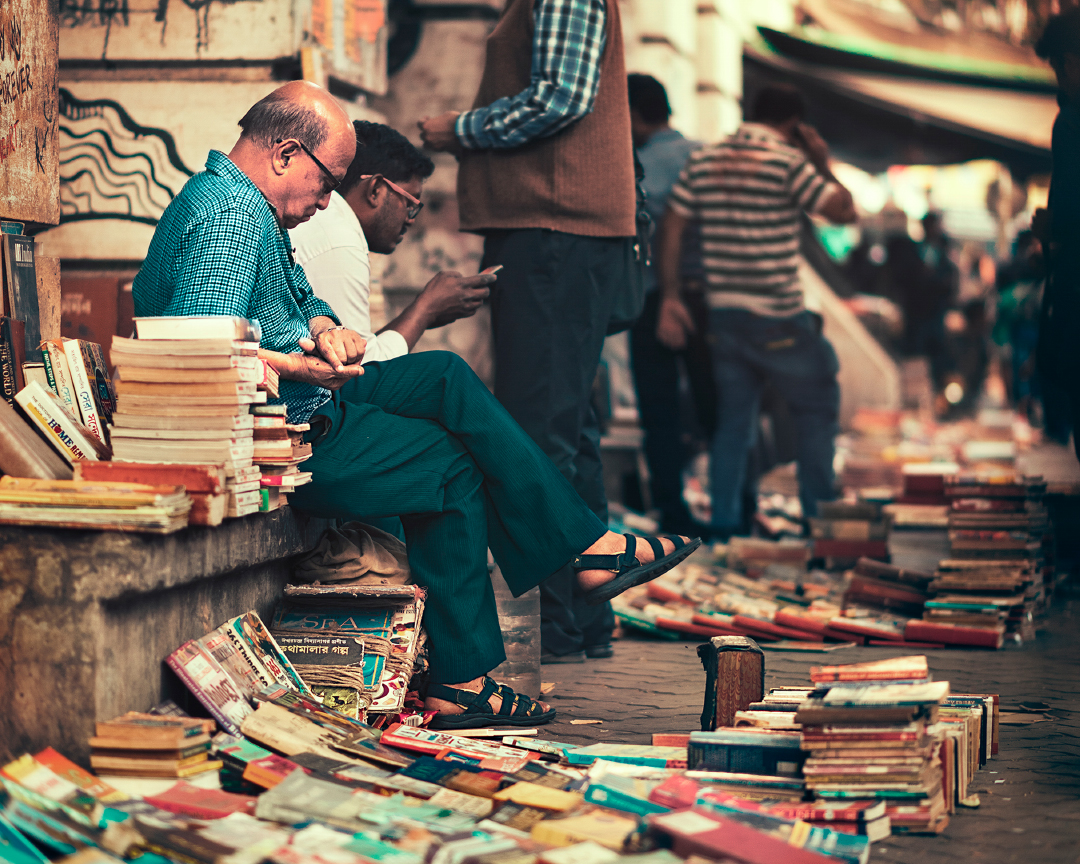 It is not surprising that Kolkata remains one of the country’s biggest literary centres, with its rich history of fostering scholars and writers. Besides Calcutta University that boasts being alma mater to many of the city’s greats, the city is dotted with one-of-a-kind bookshops, libraries and writers’ points.

Next to the University, is the famous College Street, a book-lovers dream where you can find not just the classics but also small magazines and rare limited edition publications. Take a stroll through the narrow lanes, browse through books old and new, and then find yourself a spot at the famous Indian Coffee House, where once legends like Satyajit Ray, Mrinal Sen, Ritwik Ghatak and Utpal Dutt sat and brainstormed their creative projects, and where people continue to hold addas or tea time meetups.

On the trendy Park Street, make a stop at the heritage Oxford Bookstore for books, stationery and Kolkata memorabilia, and don’t forget to check out the Cha Bar for a sip of Earl Grey. For those who love alternative and eclectic literature, the pioneering Seagull Foundation for the Arts deserves a visit.

There is always something new and surprising to be experienced in this old city. Visit again!